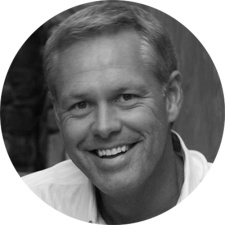 More companies have come on board with blockchain-powered PC games storefront Robot Cache.

“These creators are bringing more than 700 great games to the platform at launch next year," CEO Lee Jacobson (pictured) said.

"Their support means that we will be able to give gamers the largest launch library in the history of video games with even more to be announced soon. And today any developer or publisher from around the world can submit games for approval with an easy to use self-service portal."

Robot Cache was announced earlier this year with industry vets Jacobson and Brian Fargo at the helm. The platform offers a competitive 95 per cent revenue share for developers on brand new titles, taking a five per cent cut for itself.

Using the - gag - power of the blockchain, the store is also able to allow uses to sell their games easily, too. Developers get 70 per cent of proceeds from this, with consumers taking a 25 per cent cut. Robot Cache still maintains its five per cent share, with Jacobson saying that developers are going to just move to their own platforms if platforms maintain their 70/30 revenue share.

We caught up with Jacobson at Gamescom this year to find out a bit more about how the store works. The exec says that the platform is going to be curated, with no school shooter titles on its marketplace.

We wonder what he is referring to.

Robot Cache's Philippe Erwin will be on-stage at the forthcoming PC Connects London 2019.