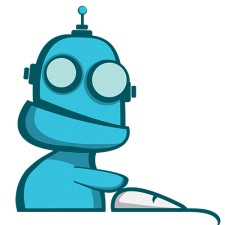 We could see more games companies selling via their own PC marketplaces in the near future.

That's according to Lee Jacobson from upcoming blockchain-powered PC storefront Robot Cache, who says that many developers and publishers feel that the 30 per cent stake taken by Steam is just too much.

The exec says that he has heard from more than one games firm that they are looking to go it alone. This follows Epic proving that you can have a mainstream hit on PC without being on Steam, as well as Bethesda releasing Fallout 76 on its own storefront rather than Valve's. Even Call of Duty is avoiding this platform, instead coming to Blizzard's Battle.net for this year's Black Ops IIII.

This is a similar argument made by Epic Games boss Tim Sweeney about the Google Play store on mobile, arguing that the 30 per cent cut is just too much. That's why the games and software maker opted to bypass this storefront when the battle royale title launched.

"30 per cent is a lot of money to give away. When you talk about the kind of volume that Fallout sells - think about a third of any sales of popular games going, it's a lot," Jacobson said.

"This is a backlash because people think that is too much, which is why Brian [Fargo, Robot Cache's other foudner] and I had the idea of doing Robot Cache. Five per cent is really reasonable. You don't need 30 per cent to run a distribution business when you have scale.

"The more than people continue down the path of taking a big chunk of developer's and publisher's money, you're going to more bigger publishers giving it a shot on their own. I've heard more than one company saying they're going to do it themselves. If we can bring a marketplace that doesn't gouge them and benefits publishers and gamers, I think we can maybe bring on board some of those companies thinking of doing it alone."