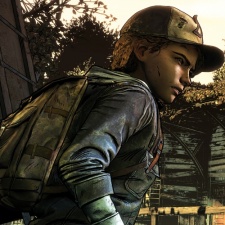 A failure to acquire financing may have been the catalyst for the recent mass layoffs at Telltale Games and its imminent closure.

Variety reports that the sudden shutdown was directly tied to a potential backer pulling out of a funding round, leaving the company without the resources to carry on.

“The company was working diligently to close a round of financing,” said co-founder Dan Connors.

“Unfortunately, when the last potential financial backer abruptly pulled out, we were left in a position where we had no choice but to stop production.

“Sadly, everyone was so focused on doing what was required to keep the company going that when the last potential partner backed out, there were no other options.”

While not named, sources told Variety that film production company Lionsgate may have been behind the closure.

The US entertainment giant recently told its board that it had stopped funding Telltale (having previously invested in it back in 2015), and many former Telltale employees cited Lionsgate as being mentioned in meetings the day of the redundancies.

Telltale also had two agreements with streaming service Netflix lined up, but neither was enough to save the studio.

Sources told Variety that Telltale pulled out of deals to create a Stranger Things licensed title, as well as a version of Minecraft: Story Mode ported to Netflix, due to a lack of investment.

Netflix has gone on to state that it is examining further options to bring a video game adaptation of Stranger Things to life, in spite of Telltale’s closure.

Despite losing the overwhelming majority of its staff, Telltale today assured fans it would continue to develop the closing episodes of The Walking Dead. Fans may be happy, but the 250 employees laid off without severance may be feeling less encouraged by the news.