The Discord Store appears to include online-only DRM 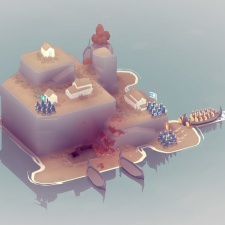 According to PC Gamer, games like Raw Fury RTS Bad North include an online-only restriction on the Discord store that prevents players from starting up the game if not connected to the internet.

But according to both an email sent to the outlet and developer documentation, this DRM is optional for developers. Raw Fury later confirmed that it had opted into the Discord DRM for Bad North.

DRM has faded from controversy as concerns over microtransactions, loot boxes and gambling take the spotlight, but the feature remains fairly unpopular among the gaming audience. And as Discord is a communication app first-and-foremost, it’s likely most users are connected to the internet anyway.

But expect a change to this practice in future - a spokesperson for Discord told PC Gamer through email that it intends to add an offline mode “soon” that will let players access games without a connection. It remains to be seen if developers will also be given the option to opt-in to offline access to their games.