It's now legal to crack DRM on games sometimes 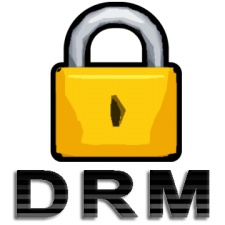 A new ruling by the United States Congress says it is legal to crack DRM on video games in America.

The copyright judgment published by the Librarian of Congress last week says that consumers have the "right to repair" goods. The main focus of this ruling is electronics, meaning that customers can now turn to third parties to repair phones or laptops.

But as spotted by the eagle-eyed sleuths of Reddit, consumers will be able to modify games they have purchased to make them playable even when developers and publishers have closed off servers and so on.

Here's the full legalese from the ruling:

Video games in the form of computer programs embodied in physical or downloaded formats that have been lawfully acquired as complete games, when the copyright owner or its authorized representative has ceased to provide access to an external computer server necessary to facilitate an authentication process to enable gameplay, solely for the purpose of:

(B) Permitting access to the video game to allow copying and modification of the computer program to restore access to the game on a personal computer or video game console when necessary to allow preservation of the game in a playable form by an eligible library, archives, or museum, where such activities are carried out without any purpose of direct or indirect commercial advantage and the video game is not distributed or made available outside of the physical premises of the eligible library, archives, or museum.

Not only does this make it easier for consumers to play games once companies are no longer supporting them, but it means that they are easier to archive or feature in the longer term in places such as museums. Just so long as people aren't profiting from them.

The Discord Store appears to include online-only DRM

Reply
mech mouse
Anyway to make this apply to

The aspect of this which people should find terrifying is this

Any game "bought" via Steam would not be eligible in the event Steam collapsed. The legal agreement the users sign up to is a Subscription agreement. You never owned the games, only had a subscription to them
Posted 2 years, 10 months ago