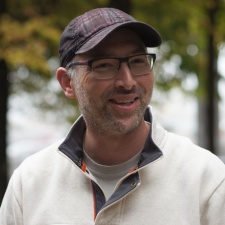 Several developers from Gearbox and the now-defunct Runic Games have set up a new studio called Monster Squad.

Not to be confused with the 1987 genre flick, Monster Squad was set up by former Runic Games head Marsh Lefler (pictured, main) alongside Runic alumni Patrick Blank, Allen Fong and Josh Dunbar.

The team is yet to announce its first project but has secured funding to publish it in-house. It will also come to PC first, with an intent to bring the title to consoles.

It said it aims to create original experiences built with the community.

“Some of our fondest memories developing games come from when we were working on Mythos, our precursor to Torchlight," said studio head Marsh Lefler.

"What started out as a small network test ballooned into a full-fledged online action-RPG because of the community that played it. We’re excited to get back to that.

“Today, there are more ways to reach out and interact with players than ever before. This is an amazing time to be building a new studio that creates original gaming experiences with our community.”