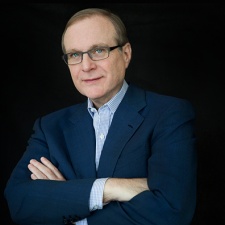 Allen’s investment company Vulcan announced Monday via Twitter that the entrepreneur had lost his battle against complications of non-Hodgkin’s lymphoma. Already a survivor of the disease, Allen announced on his website earlier this month that it had returned. Allen once again intended to fight it.

It is with deep sadness that we announce the death of @PaulGAllen, our founder and noted technologist, philanthropist, community builder, conservationist, musician and supporter of the arts. All of us who worked with Paul feel an inexpressible loss today. https://t.co/OMLZ7ivvSD pic.twitter.com/Bfa8kK6Q8e

"I am very grateful for the support I've received from my family and friends," said Allen. "I've appreciated the support of everyone on the teams and in the broader community in the past, and count on that support now as I fight this challenge."

Allen founded Microsoft in 1975 with classmate Bill Gates, who he had met in 1969 and spent time in computer labs with the future billionaire. Allen left Microsoft in 1982 after his first diagnosis, but fully recovered after months of radiation therapy.

“From our early days together at Lakeside School, through our partnership in the creation of Microsoft, to some of our joint philanthropic projects over the years, Paul was a true partner and dear friend,” said Gates, in a statement. “Personal computing would not have existed without him.”

“But Paul wasn't content with starting one company. He channelled his intellect and compassion into a second act focused on improving people's lives and strengthening communities in Seattle and around the world. He was fond of saying, "If it has the potential to do good, then we should do it." That's the kind of person he was.”

“Paul loved life and those around him, and we all cherished him in return. He deserved much more time, but his contributions to the world of technology and philanthropy will live on for generations to come. I will miss him tremendously.”