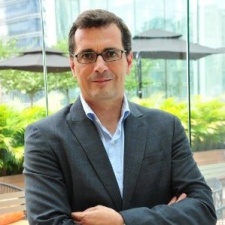 The VP of international consumer products for Activision Blizzard Philippe Bost has defended Call of Duty iconography appearing on merchandise by saying it is not official.

Speaking to GI.biz, the exec was asked about logos and artwork from the 18-rated military shooter appearing on kids hoodies and pencil cases, and said that this is not officially licensed by the games giant.

"We never make any product close to 18 years old. It's always adult, adult, clearly adult. That's why we don't do 'back to school' stuff. The product should always be adult, so there's no confusion. Call of Duty is 18-plus."

This is an argument that more or less falls apart when there are toys based on the franchise aimed at kids ten-and-up available.

The licensing bod says that these kinds of unofficial goods are simply a side effect of the Call of Duty franchise's success.

"Call of Duty is the number one video game in the world for the ninth consecutive year," he says. "With this level of success, it's difficult to not have people at home doing things. It's a natural consequence.

'Something that's illegal', eh? Like, perhaps, people using your artwork, iconography and so on without license?

If only the small indie publisher Activision Blizzard had some form of financial clout and could definitely issue C&Ds against the folks making this merchandise.... but why would it want to do that when it's essentially free marketing?