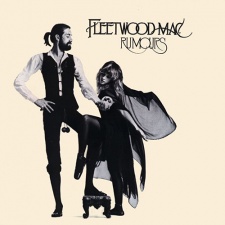 It would seem that Microsoft's studio spending spree isn't over just yet.

Kotaku reports that the Big M is on the verge of snapping up RPG specialist Obsidian Entertainment and that the deal is "90 per cent" done. One source said that "it's not a matter of when, not if" regarding the deal.

This follows Microsoft snapping up Ninja Theory, Undead Labs, Compulsion and Playground Games, as well as setting up a new Santa Monica based studio called The Initiative. That last outfit is headed up by Crystal Dynamics vet Darrell Gallagher and is attracting some decent talent.

Obsidian will fill an RPG-shaped hole in Microsoft's line-up. Reports point to Playground working on a new Fable game, but the firm is missing a more classical role-playing game studio.

The irony of Microsoft swooping in to snap up the California-based studio is that it nearly put the company out of business just six years ago.

The Big M was set to publish an Xbox One exclusive from the studio called North Carolina but pulled out of the deal at the last second. This resulted in the developer laying off 30 members of staff and totally changing its business model, turning to Kickstarter to make the Pillars of Eternity franchise.

Obsidian is also working on Take-Two's new Private Division label on an upcoming project. This isn't the first time that Microsoft has bought a studio working with another publisher - Compulsion is still working with Gearbox on We Happy Few with the purchase not affecting that deal.

Microsoft to buy GitHub for $7.5bn