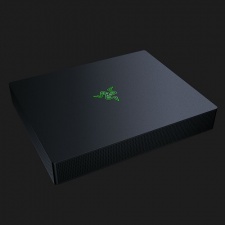 The Sila is Razer’s first push into the wireless router space and touts itself as a gaming router. The tri-band 802.11ac router works out as an AC-3000 model - fast enough, but nothing outside the existing realm of devices.

One advantage Sila does has over other routers is mesh networking - paired together, two devices can be combined to increase fast WiFi coverage up to 6,000 square feet. Three devices can bring that coverage across multiple floors.

But Razer hopes the big seller will be the Sila’s focus on prioritising gaming bandwidth - making sure consoles and PC signals are put first, according to demand.

"By using deep packet inspection and adaptive learning technology, Razer FasTrack allows users to prioritize traffic based on application and device types, from mobile phones and smart TVs through to laptops, PCs or consoles,” said Razer.”

Besides routers, Razer is also developing the next generation of its gamer-oriented Razer Phone.

Razer reportedly raises up to $100 million in investment, signs new branding and data deal with Three