Capcom is bringing Mega Man to the big screen 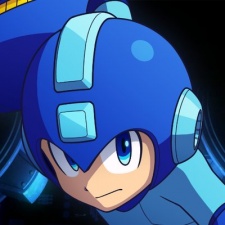 Capcom has confirmed that there’s a live-action Mega Man movie in the works.

The publisher has partnered with Chernin Entertainment - of Planet of the Apes reboot fame - to produce the live-action adaptation of the venerable action game series.

Masi Oka, known for his role on Heroes, will be producing the film, with 20th Century Fox handling distribution. Henry Joost and Ariel Schulman will write and direct.

There's no word on who's up for donning the blue arm-guns and playing the eponymous Mega Man.

A statement released today by Capcom reads: "Based on the influential and globally beloved Mega Man franchise, Capcom aims to appeal to a diverse audience, including not only game players but action movie fans as well, with an adaptation that maintains the world of the Mega Man games, while incorporating the grand production and entertainment value that Hollywood movies are known for.”

At the time of writing, there is no announced release date for the movie.

Production has begun on a live-action Monster Hunter movie