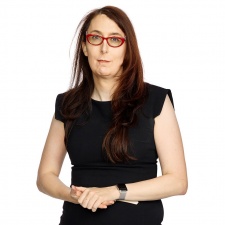 Game developer Brianna Wu’s dreams of Congress will have to wait until 2020 after losing to Democrat Steven Lynch this week.

Wu acknowledged shortcomings in fundraising and effort spent in a tweet (below) following her defeat on September 4th. She lost to eight-term Congressman Lynch in Massachusetts’ Eighth District with 23 per cent of the vote, to Lynch’s 71 per cent. Air Force veteran Christopher Voel took the remaining six per cent.

2/ A few thoughts about what we did right and where we can improve.

Our campaign raised almost $200,000. And truth be told, I did not put nearly the amount of work into this that I should have. For 2020, I’m going to spend more time on this and hire a much larger team.

A former game developer, Wu came into the public eye following the rise of Gamergate in 2014. She made the jump to politics in 2016 one month after Donald Trump’s presidential victory and positioned herself as a left-leaning Democrat, pushing on issues like Medicare and income inequality.

In an email to Kotaku, Wu wrote about how she plans to improve her campaign in 2020. “Next time around, I need to do more call time and fundraisers, and spend less time doing graphic design, analytics and other things I enjoy far more.”

The outlet also reported an inexperience that ran through her campaign - citing door-to-door calls that felt like “practice runs”. Wu herself later tweeted a need to hire more experienced people.

“I thought I could do it like a startup, and we could learn as we went,” said Wu. “By the time I realized that was a failing strategy, it was too late.”