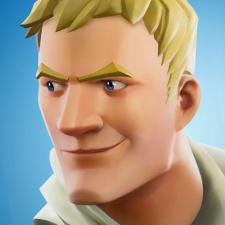 The PlayStation company has seen near-constant criticism since deciding to keep games like Fortnite locked away from cross-platform play. In doing so, the platform has essentially given competitors Microsoft and Nintendo a free pass to dunk on Sony for refusing to engage in shared ecosystems.

However, Sony’s new CEO has only cemented the company line on cross-platform play, particularly when it comes to free-to-play phenomenon Fortnite.

"On cross-platform, our way of thinking is always that PlayStation is the best place to play. Fortnite, I believe, partnered with PlayStation 4 is the best experience for users, that's our belief,” said Yoshida, speaking at the IFA Technology Show in Germany.

"But actually, we already opened some games as cross-platform with PC and some others, so we decide based on what is the best user experience. That is our way of thinking for cross-platform."

Naturally, this didn’t go without response by competing platform-holders. Xbox corporate VP Mike Ybarra claimed Sony was refusing to “listen to gamers” in a tweet (below). However, it's debatable exactly how much of a priority the feature really is among the gaming audience. Regardless, it creates something of a negative PR story for Sony - that it isn't doing something that its competitors are. But again, what this means in practical terms is unclear.

Still isn’t listening to gamers. All games should be cross play and progression with the right input flexibility and gamer options. —-> Sony boss dismisses Fortnite cross-play controversy - The Verge https://t.co/NDJgET0M8t