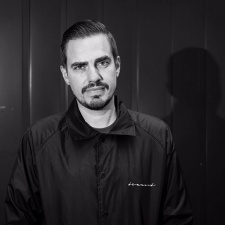 Finnish game developer Remedy has said that it wants the PC version of its upcoming title Control to be as good as it can be.

That's according to communications director Thomas Puha, who says the firm wants to make up for the botched launch of its last game, Quantum Break, on the platform.

That title was published by Microsoft in early 2016 and was released on that company's new Windows 10 storefront - via the Big M's United Windows Platform (UWP) platform, which presented a number of challenges for the studio.

The Windows 10 SKU of Quantum Break launched with an unstable frame rate, crashes on PCs using Nvidia cards and poor data loading, among others issues. But Remedy is a studio that knows PC, and the company is keen to show its expertise with its 2019 release, Control.

"You always build on PC first, but then you lock it down to certain specs that reflect what the console versions will be. We're in a pretty good place," Puha said.

"We announced that we are going to have RTX  (raytracing) support for PC, at least for the people who have the relevant cards. We're definitely making sure that the PC version is well catered for. On Quantum Break, our reputation did take a bit of a hit and we want to make sure that when Control comes out in 2019, the PC version will be as good as it can be."

He continued: "The challenge with Quantum Break on Windows 10 was that it was basically like launching on a new platform. There are difficulties when the storefront is new, UWP is new and we were probably slightly understaffed for it. In the end, we were able to work it out. It wasn't ideal."

Reply
Vash63
Why is the quote at the end of this article not in the 'Full interview' that is referenced as a source? Was this two separate interviews or is the full interview not full?
Posted 3 years, 11 months ago

Reply
Alex Calvin Editor at PCGamesInsider.biz
It was one interview. By 'full interview' I meant 'proper long-form piece' not 'here is every single word the interviewee said'.
Posted 3 years, 11 months ago