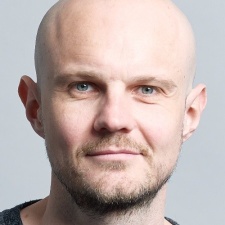 FuturLab studio director James Marsden has said that the tweets the developer put out yesterday about the future of its Velocity series were not a "cry for help".

Speaking to PCGamesInsider.biz at Gamescom 2018, the studio owner and director said that the posts on social media were simply communicating some honest truths to the franchise's fanbase.

Yesterday, the official FuturLab account posted a series of tweets saying that it had tried to get a new Velocity game published but labels have not been on board. In these messages, it would seem that the game's paid sales are part of the problem. When the fast-paced title launched in 2014, it went straight into PlayStation Plus meaning that a large portion of its userbase was playing the title for free.

This comes shortly before the Nintendo Switch version launches published by Curve Digital with the intention that if the game performs well enough that the London-based indie label will back Velocity Supernova.

"Those tweets were not a miserable cry for help," Marsden told PCGamesInsider.biz.

"It was our intention to share facts with our fanbase about the reality of seeing another Velocity game is based on this. It's not related to FuturLab's stability or success in the future. We'd love [the Switch version] to do great. We'd love Curve Digital to continue working with us."

He continued: "[The reaction has] been nothing but 100 per positivity from the fans. They're grateful we told them and they'll do what they can. They appreciate the honesty. That was a good call I think. With the media... it's beneficial for the media to have controversial headlines, so there were a few of those but that doesn't help us. It can help steer the way someone might read that article thereafter. Some of the comments haven't wholly been positive, but I've jumped in and helped give a bit more context as to why were' doing it. Those comments are getting upvotes."

Velocity 2X launched on PlayStation 4 and PS Vita in September 2014, before arriving on Xbox One and PC via Activision's Sierra publishing label in August 2015.