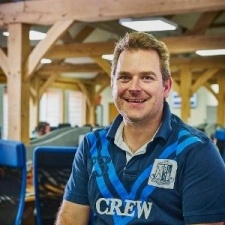 The cash is going directly into the company's next game, Sky Fighters Legends, which has potential in the esports space.

Fletcher's investment is through a new share issue - his firm Wicked Sick owns 133,334 at $2.45 per share. He will also, initially at least, be the project leader for Sky Fighters and help Toadman staff up to run an esports title.

"I've been following Toadman for a long time and they have impressed me in a number of ways," Fletcher said.

"Their approach to efficient production and value creation through expansion, acquisition and innovation,combined with a talent for great game creation, makes them an impressive team. Through my experience in the gaming industry and esports, I think I can contribute to the business in many ways and an initial step is to explore the possibilities with, among other things, Skyfighters. I look forward to getting to work with Toadmanand thank its representatives for the opportunity to be on board."

Flodin added: " To get Craig into the company, I see it as an incredible asset. He has long and solid experience inthe gaming industry ande-sports and has a very good network of contacts in the industry. That we in Toadman's Board decided to waive the shareholders' preferential right this time because we believe that what we get from Craig exceeds the negative aspects of a targeted new issue. In addition, Toadman's Board of Directors decided to take in capital for this first venture, which we consider to be non-core business rather than using capital from the current budget. It's an exciting model with the focus on Sky Fighter Legends, where we do not rule out that more similar investments can be made if it turns out to be successful. "