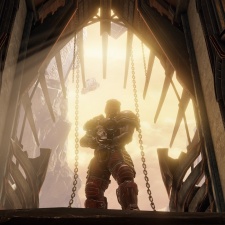 But speaking to IGN at this year’s QuakeCon, community developer Joshua Boyle spoke on why Quake Champions still isn’t quite ready to make the jump to a full release.

“I’d say we were at a crawl [at launch last year] and we’re at a walk now,” said Boyle, explaining that the title won't leave Early Access “until we get to the point where we’re at a sprint".

Boyle mentioned that the game’s performance, and the result of months of updates, had put it into a position where Id was “ready for the floodgates to open".

But besides a wider range of modes and characters making the game feel more content complete, it seems player skill played an important factor.

"At the very beginning, it’s the deep end only, because everybody is [a core Quake player] and they’ve been waiting for it and they signed up day one.”

According to Boyle, Id needed Quake “to get to the point where we could take brand new babies into the arena and not just throw them to the slaughter".