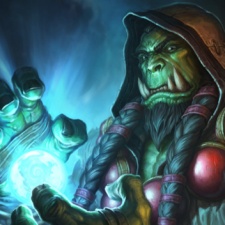 Research firm SuperData has reported that the digital card games sector will earn $1.5 billion by the end of 2018.

The report also claims that the market will play a strong hand by earning $2 billion by 2020. Blizzard’s Hearthstone leads the charge, accounting for 26.7 per cent of global revenue at $414 million.

By the end of the year, SuperData reports that North America alone will have 14 million users playing digital card games.

Around 71 per cent of worldwide users are playing these titles on smartphones, which the report emphasises makes “mobile-first design key to success.”

PC follows at 47 per cent, followed by tablets with 44 per cent. Console lags behind with 26 per cent, thanks to notable platform omissions like Hearthstone.

Following the success of Hearthstone’s well-played hand, the market has exploded with titles like Gwent, The Elder Scrolls: Legends, and Magic: The Gathering - Arena.

This November will also see the release of Valve’s Artifact - a Dota 2 card game that also marks the Bellevue company’s first game release in five years.