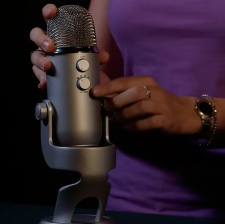 Blue Microphones has seen a sharp rise in popularity with the increased demand for streaming and recording equipment. Its line of microphones is frequently cited as a good balance between quality and cost for upcoming content curators.

Which makes the company a nice fit for Logitech. The company currently has PC gaming accessories across the board, ranging from keyboards and mice to - importantly - headsets and webcams.

The Blue acquisition places Logitech in a strong position to become the “go-to” hardware provider for streamers.

"For Logitech, this is a new space,” said a statement from Logitech.

“But, at the same time, it’s not at all. Gamers are already using our Logitech G webcams to stream... Joining up with Blue and their microphone lines is a logical adjacent opportunity with great synergies.”

A spokesperson for Blue added: "So here’s the deal: all of us here at Blue will keep creating cool stuff for professional musicians, gamers, podcasters, YouTubers, and streamers; Logitech will help us conquer the world. It’s a great partnership full of possibilities.”

Logitech gives up on negotiations to acquire headset maker Plantronics

Logitech games revenue up by 6% year-on-year