Artcraft has secured $20 million in funding for MMO Crowfall 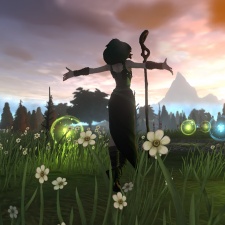 Artcraft Entertainment has managed to raise over $20 million for its upcoming MMO Crowfall.

Crowfall was Kickstarted back in 2015, reaching $1.7 million in funding thanks to 17,000 backers. Now it appears the title has managed to secure over ten times that amount.

The announcement comes as part of the company’s statement regarding a Russian distribution deal with Innova Co. The increased funding has been secured “from backers, investors and partners."

"They have amassed more than 55 million players on the 4game network by offering some of the most engaging, successful MMOs in the world," said Artcraft president Gordon Walton.

"Crowfall will be a perfect addition to the platform."

On top of the continued development of Crowfall, Artcraft has begun licensing out its MMO development technology to third-party studios through a new Artcraft Technologies division.

The company is claiming its tech stack can save budding MMO creators “two-to-three years” and “upwards of $10m” off the cost of development.