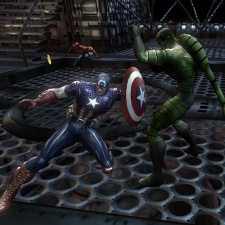 Once again, licensed games published by Activision are vanishing from digital storefronts.

As reported by Eurogamer, both Marvel Ultimate Alliance 1 and 2 have disappeared from Steam, PSN and Xbox Live.

This is two years to the day since the titles were re-released on these platforms.

Activision has some form for treating its licensed IP like this. Last year, Transformers titles War for Cybertron, Fall of Cybertron, RIse of the Dark Spark and Devastation were all pulled from digital retail, as was The Legend of Korra.

In 2017, Teenage Mutant Ninja Turtle games Mutants in Manhattan and Out of the Shadows also got the axe, alongside The Amazing Spider-man and its 2014 sequel.

And if that wasn't enough, the Deadpool game was pulled in 2014 only to resurface in 2016 around the time the film launched.

Why this keeps happening to Activision games is unclear, but it happens with such regularity that it surely cannot be random. It's possible the firm simply doesn't want to keep paying for the rights to these titles - especially as they are later into their lifecycle and won't be generating a huge amount of cash. Or potentially Acti only pays for a limited time.