Bandai Namco wants half its releases to be new IP 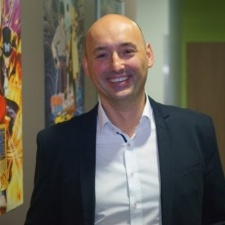 Japanese games publisher Bandai Namco says it wants half its portfolio to be new franchises.

That's according to European digital and marketing VP Hervé Hoerdt, who told GamesIndustry.biz that this was essential to building a more sustainable business.

"We want 50 per cent of our business to come from new IPs," he said.

"Why is this? First, it's to build a sustainable business because most of our IPs are franchises and licences. To be a sustainable business, you need to have your own IP; every publisher is building their own IP. The other thing is the IP we have are always reaching the same marketing segment, like fighting and anime, but there's much more to do in the video game market, much bigger genres.

"Last but not least, we're an entertainment company not just a video game company. We're looking to explore those IP in 360-degrees. This is not something we can do with a licensed franchise like Naruto. If you look at Naruto, One Piece, Dragon Ball Z, we're already a licensee. We want to create IP that we can explore in 360-degrees, like we're doing with Little Nightmares, for example. There are a lot of things to come from this IP, and it's no secret we're talking with people around the world to make a movie out of it. At some point there might be other opportunities like escape rooms, and stuff like that."