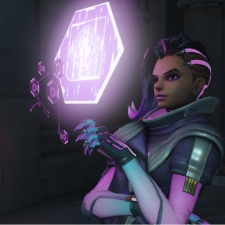 A South Korean Overwatch player has been sentenced to a year in jail and two on probation for cheating in the online shooter.

The 28-year-old man was sentenced to one year in prison followed by a two-year probation, according to regional outlet SBS News. His software violates the country’s Game Industry Promotion Law, on top of Information and Communication Technology Protection Law.

Previous convictions have brought fines and probation periods, but this hacker landed a year of jail time after raking in roughly $180,000 from selling his software.

South Korea brought harsh new anti-cheating laws into force last year, following a year-long collaboration with Blizzard to clamp down on offenders. Last month, we reported on two hackers facing punishment for Overwatch cheats. One received a $9,300 fine and the other landed two years probation.

Regarding these laws, Blizzard stated: “The most important thing about this issue is that we are 'Building a fair game environment for players'."

Blizzard isn't the only company going legal to handle cheaters. Epic has sued Fornite bad actors, while Playerunknown's Battlegrounds Chinese publishing partner Tencent has been teaming up with local law enforcement to crack down on people selling and making hacks and cheats for the game. So far, 15 have been arrested for this.