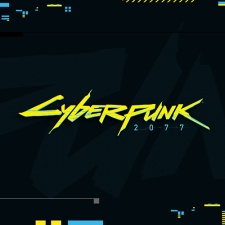 The developer behind Cyberpunk 2077 CD Projekt RED has called out the important role its quality assurance team plays in the making of that game.

Speaking to Gamasutra, quest designer Patrick Mills said that the game's urban setting makes for a diverse set of characters. The developer says that CD Projekt's QA team has been invaluable in sense checking the world that it has created and the characters in it.

"This is a Polish studio, and so sometimes there are things that, someone will put in, that they don't know the American context of it. They understand it in a Polish context, but not realizing in an American context it would be seen very very differently."

He continued: "What'll happen is, someone will notice something...we have people who say 'hold on, are you sure about this? And sometimes it involves going to QA and saying 'hey, if you see this particular thing, let us know. We're not doing this thing. This is something we're not going to do.'"

Cyberpunk 2077 was finally properly announced at the end of Microsoft's press conference. Though the game was originally announced back in 2013, this was the first look the world got at the dark sci-fi project.

The title has undoubtedly been the biggest announcement of this year's E3. CD Projekt has said that the game will be DRM-free on PC.