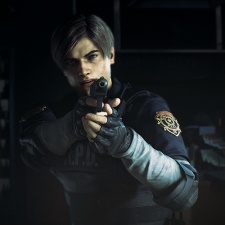 We've finally had chance to have a look at Capcom's remake of Resident Evil 2.

Announced three years ago, the game was revealed during PlayStation's E3 conference with a trailer that mixed cinematics with gameplay. The project also ditches the traditional pre-rendered style of the original game in favour of a more third-person free-roaming set-up.

The game is set for launch on January 25th, 2019. This early period is a launch window that Capcom has employed a great deal over the last few years; DMC Devil May Cry came out in January 2012, before Resident Evil: Revelations 2 hit shelves in early 2015.

2016 saw Street FIghter V, while Resident Evil VII was released during this window in 2017. That's before Monster Hunter World came out in January 2018.

Resident Evil 2's remake was announced back in 2015 with a long video from the game's producer Yoshiaki Hirabayashi simply saying that the game existed.

The trailer for Resident Evil 2 is below: