Cyberpunk 2077 trademark filed in Europe, fuelling anticipation ahead of E3 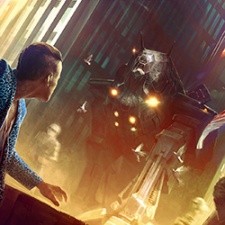 CD Projekt Red filed a trademark in Europe for Cyberpunk 2077 for the first time since the game’s reveal in 2013.

This news comes ahead of E3, building on rumours that the long-anticipated title will finally see daylight at the event this year. Polish games outlet GRY reported in January that a gameplay demo of Cyberpunk would be shown at this year’s E3. Last month it emerged that CDPR would be attending the show with a multi-platform RPG. However, the studio’s E3 Directory entry no longer displays any titles.

CD Projekt has grown in the five years since Cyberpunk's reveal. The studio recently opened a new studio in Wroclaw. That Witcher series for Netflix has also been steadily chugging along, announced in 2017 with plans to release in 2020.

Expect to hear if these rumours have any substance by the end of next week. It's possible that Cyberpunk will make an appearance during Microsoft's conference; CD Projekt RED had a marketing partnership with the Xbox firm for The Witcher III which could continue here.