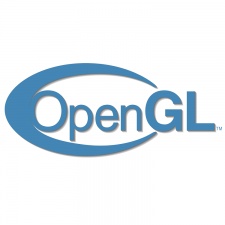 Game developers have responded to news that the next version of macOS will deprecate OpenGL functionality.

Apple announced at WWDC 2018 that support for the rendering technology will be dropped on all Apple platforms, starting with macOS 10.14 and iOS 12. While the API will still work for now, continued compatibility is no longer guaranteed, and the tech giant is urging developers to switch over to their own Metal 2 API. An official statement on deprecation reads:

“Deprecated APIs typically remain present and usable in the system for a reasonable time past the release in which they were deprecated. However, active development on them ceases, and the APIs receive only minor changes to accommodate security patches or to fix other critical bugs. Deprecated APIs may be removed entirely from a future version of the operating system.”

OpenGL is a rendering tool for 2D and 3D graphics, used frequently by game developers. While Apple insist their Metal 2 API is a suitable replacement, many developers are concerned over the future of macOS ports in future.

Celeste developer Noel Berry expressed his concerns on Twitter: “macOS is only 1.5% of Celeste sales, and dropping OpenGL is going to make it harder to port to in the future.” His thread continues with concerns over the lack of ease in integrating Metal 2 support, and a wider concern that this move largely screws over smaller developers.

It appears to not only be bedroom game-makers affected by this move, however. Ton Roosendaal, chairman of 3D modelling and animation software Blender, spoke on his own view of Apple’s recent moves: “Apple hasn't been a good platform for 3D creatives for many years. It's not a real surprise they drop OpenGL support. We don't know yet how to solve this for Blender.”