Lords of the Fallen 2 in development 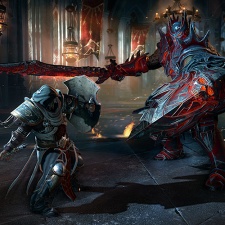 A follow-up to 2014's Lord of the Fallen is in the works with Defiant Games handling development duties alongside CI.

The collaboration was announced on CI Games' website. That studio worked on the original entry in the series.

“We talked to a number of globally respected studios that had shown a strong interest in making the next LotF, and received several solid pitches. We finally decided to move forward with Defiant because we were impressed with their game concept, production expertise, and the pedigree of their developers,” said CI CEO Marek Tymiński said.

“Defiant is made up of some the industry’s most talented creators, and we are thrilled to have them create the sequel to LotF. We look forward to bringing their next big game to the global market on consoles and PC.”

Defiant founder and MD David Grijns added: “We have been talking with CI Games for several months now, and went through a detailed process of getting to know one another’s expectations and motivations in regards to Lords of the Fallen 2. We are happy that we can commit our studio to developing a great game in a well-established franchise. Our team has been excited about the chance to make the next LotF from the moment we started to work on our pitch for CI. We are particularly thrilled about the creative freedom that CI Games is willing to offer.”

Lords of the Fallen was the first Soulslike game - outside of FromSoftware's portfolio - to release and sold more than 900,000 copies.