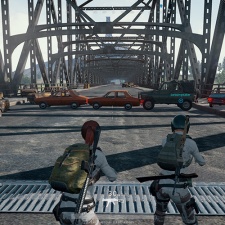 New measures to prevent cheating within Playerunknown's Battlegrounds have been rolled out on the test server.

The update was revealed on the game's Steam forum, in which developer PUBG Corp revealed a new in-house system was being implemented.

Playerunknown's Battlegrounds has famously had a real issue with cheaters within the game. Developer PUBG Corp has had to slow down work on the battle royale title in order to take time to deal with bad actors.

99 per cent of said cheaters are from China. PUBG Corp's Chinese publishing partner Tencent has been teaming up with local police in order to pursue those selling hacks and exploits for the game. Thus far there have been 15 arrests.

"The new anti-cheat tech is currently only on the test servers, once additional testing is complete, it will be added to live servers," the studio wrote.

"We’ve added a new anti-cheat solution, developed in-house at PUBG Corp. Before we implement this tech on live servers, we’d first like to see how it works out on the test server. For this, we’ll need your help!

"Expect to see a new popup when you start the client. To help us refine our anti-cheat service it would be helpful for us if you play with the 'Enable Anti-cheat' box checked, if you experience issues you can disable this.

"The option to disable the anti-cheat service will not be available when this is moved to live servers."

Playerunknown's Battlegrounds player base has massively declined since its high in January; there's some speculation that this is in-part due to cheating.

Over 1m people were banned from PUBG in January alone