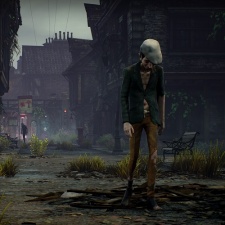 Retro-futurist survival game We Happy Few has been refused classification in Australia.

Games are refused a classification in Australia if they "depict, express or otherwise deal with matters of sex, drug misuse or addiction, crime, cruelty, violence or revolting or abhorrent phenomena in such a way that they offend against the standards of morality, decency and propriety generally accepted by reasonable adults to the extent that they should not be classified."

We Happy Few places the player in the midst of an authoritarian English town, where mandatory happiness is strictly enforced. In order to blend in, the player consumes “Joy” pills, hiding more unsavoury art from the environment. Joy is explicitly a drug the player can potentially overdose on, but this incentive to take drugs in-game is likely the core of Australia’s argument for refusal.

Australia is notorious for having some of the strictest classification processes when rating games. Prior to the implementation of an R+ rating in 2013 absolved games like Left 4 Dead 2, which had to heavily edit out blood and gore for release.

But sexual violence and drug use remain a hard no for the Classification board. After Hotline Miami 2 was refused classification in 2015, developers Dennaton hinted towards piracy for Aussies who wanted to bash some pixelated heads.

We Happy Few was announced back in 2015. It was launched into Early Access in July of 2016 after an appearance on Microsoft’s E3 stage, and is expected to release this year. Gearbox has picked up publishing duties for the pill-popping romp, with a price increase accompanying this news.