Horror game FEAR is heading to the silver screen 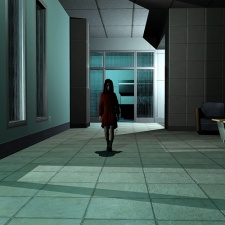 Horror action franchise FEAR is getting the movie treatment.

The Hollywood Reporter says that screenwriter Greg Russo has signed a deal with Machinima to write a few new shows for online distributors. The first of these will be a 'fresh take' on FEAR. Russo has also worked on New Line's Mortal Kombat and Resident Evil's reboots.

This franchise debuted in 2005 and was met with critical acclaim due to its survival horror tone as well as its advanced enemy AI. Two sequels followed, which took the series in a more action-orientated direction.

"To be able to bring his talents to Machinima Studios provides us an amazing opportunity to tackle action-packed series that are certain to appeal to our legions of millennial gamers and fans around the world."

Russo added: "As a lifelong gamer, it's an absolute honor to partner with Machinima, the preeminent provider of digital content to gamers worldwide. F.E.A.R. holds a special place in my heart. I'm excited to bring my personal passion to this and future projects and can't wait to see where our partnership goes from here."

FEAR is just one video game film in the works. Other projects include Splinter Cell, The Long Dark, an entire Call of Duty cinematic universe as well as three - yes, THREE - Tetris films.

Machinima has worked on video game web series for both Mortal Kombat and Street Fighter.