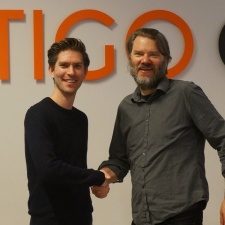 Former Valve writer and VR ambassador Chet Faliszek has taken on a new role with the team behind VR shooter Arizona Sunshine.

Faliszek will be joining Vertigo as a member of an advisory board. With experience working with emergent technologies in games, he will be assisting the company with strategic counsel as it continues forward with a VR title currently in development.

“Chet has been invaluable to shaping today’s VR market,” said Richard Stitselaar, Studio Director at Vertigo Games. “We are excited to have Chet join our advisory board to help take the company to the next level.”

A key part of the HTC Vive team at Valve, Faliszek acted largely as VR ambassador for Valve in the run-up to his departure.

“Vertigo was one of the first companies I reached out to when we started assembling our initial roster of developers for the Vive reveal,” said Faliszek. “Their ability adapt and work on emerging technologies is amazing. I can't wait until they can start sharing what they are working on and their future plans.”

Over a 12 year career at Valve, Faliszek was responsible for writing landmark titles like Portal and Left 4 Dead. He departed the studio last May. This VR position at Vertigo is the second piece of emergent technology Chet has invested his time in since leaving the Bellevue giant.

In March of this year, we spoke to Chet about his work in AI development at Bossa Studios - his adopted home as of last September. It looks as though he’ll now be splitting his time between Vertigo and Bossa.