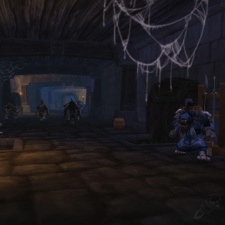 Romanian World of Warcraft player Calin Mateias has been sentenced to a year imprisonment in the US, after launching DDoS attacks against Blizzard servers.

Calin Mateias - also known online as Dr Mengele - appears to have incited the Distributed Denial of Service attacks on World of Warcraft servers after getting into fights with fellow players. Loot drops and placement in raid teams are cited as causes for Mateias’ attacks.

“Between February and September 2010, typically in connection with in-game disputes with other players, Mateias launched DDoS attacks on World of Warcraft servers in Europe,” the US Department of Justice stated.

“Mateias’ DDoS attacks caused World of Warcraft servers to crash and prevented some paying customers from accessing the game.”

The FBI indicted Mateias back in 2011, but wasn’t extradited from Romania until last year. He has been in custody in the United States since November 20th 2017. This February, Mateias pleaded guilty to one count of intentional damage to a protected computer.

Mateias had previously faced charges related to an attempted hack and robbery of Ingram Micro in 2004. These charges were dropped as a part of the Romanian’s agreement to plead guilty in the Blizzard attack.