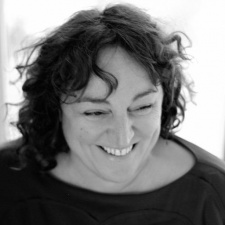 The UK’s biggest games companies have revealed the pay gaps between the men and women they employ, and the figures don’t make for great reading.

It’s part of a new requirement set by the Government for companies with more than 250 employees to reveal gender pay gap figures. It’s hoped it will encourage fairer treatment and equal pay.

Across the board the data shows a wide disparity in pay, while there is also a lack of women represented in each payment bracket - particularly when it comes to the top paid staff.

“For anyone like myself who has been working towards gender equality in the UK games industries for a sustained period of time, these pay gap figures are depressingly unsurprising,” she says.

“Research for a report I wrote for Next Gen Skills Academy in 2016 had already suggested there was a lack of women in senior and boardroom roles in many UK games studios. And it is this lack of female leaders that is the main reason for gender pay gaps within organisations.

“One problem is that people keep fixating on the female participation rate – i.e. the overall percentage of women working in the game industries – but this is next to useless as it often obscures more than it reveals.

“For example, 19 per cent of the industry workforce may be female but what exactly is it these girls and women do? The gender pay gap figures suggest the answer is: mostly not senior or boardroom roles.”

Isaaman says there are exceptions however, highlighting King’s figures in particular.

The Candy Crush developer reported that women represented 33 per cent of the highest paid workers, with the upper middle quartile meanwhile showing women making up 35 per cent. This was higher than other companies that have reported their figures.

It is only when we know exactly what problems exist in the differing contexts across our sector that we can develop effective strategies to solve gender inequality.

Isaaman said King scored better than others because of a “culture that actively works towards equality and places women in senior roles”, adding, “unfortunately, most other large studios don’t yet have such progressive cultures and so score badly”.

“The figures also seem to confirm we have ineffective talent pipelines for producing female leaders for the game industries – from kindergarten to workplace – and legacy male-dominated cultures in some studios where equality, diversity and inclusion have been placed on the back burner, often with the gas turned off,” states Isaaman.

“Hopefully, that’s going to change now. But for real change to come, we need to stop talking and start doing. That's why Women in Games is currently focusing on developing programmes to help evolve studio cultures and effectively harness female leadership talent. This will be a major theme at our September conference.”

Isaaman went on to say there is also a need for credible research to provide an accurate picture of “the real state of play for women across the UK games sector”.

She noted that while these gender pay gap figures are important and that the Government should be applauded for introducing them, they are also “imperfect and incomprehensive”.

“Currently, the data is only gathered from large studios and the situation could be quite different in smaller studios, indies and start-ups,” says Isaaman.

“Trouble is: we don’t know for sure. That’s why the Equality, Diversity and Inclusion Research Project I’m leading for UKIE is vital right now.

“It is only when we know exactly what problems exist in the differing contexts across our sector that we can develop effective strategies to solve gender inequality in our industry once and for all.”

This story originally appeared on our sibling site, PocketGamer.biz