Chrono Trigger’s PC port is being patched up 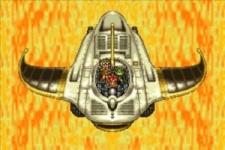 The Chrono Trigger PC port is getting multiple updates and fixes. The patches will start from this month, and includes switching between the existing graphics and the original art style of Chrono Trigger.

The SNES role playing classic was launched on PC in February, but was not what fans expected to see. The port was not of the original 1995 game, but ended up being a poor of Square Enix's mobile release, which had an art style perceived as inferior by users.

Fans of Chrono Trigger previously complained about the game’s graphics and UI. Modders themselves stepped in to try to restore and fix the it.

The updates will include a trio of patches. The graphics and UI update is expected to land this month, but the other changes that Square Enix is planning to make to the game are currently unknown.

In a post on Steam, Square Enix had this to say about the updates:

“We have been working on addressing the issues that you’ve raised, and will be releasing a number of patches over the coming months as we continue to support Chrono Trigger on Steam.”

“We’ll post a full list of changes here when the first patch is released. For now, be assured that we’re working very hard on adjusting, updating and supporting Chrono Trigger on Steam.”

The patches also sees the availability of the Limited Edition version of the game extended until the end of April.