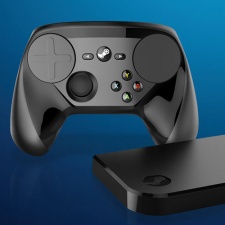 Following a wave of speculation about the future of Steam Machines yesterday, Valve has released a statement about why it removed the hardware's page from Steam's navagation.

Coder Pierre-Loup A. Griffais wrote that this removal was part of a routine clear-up based on the amount of traffic the page was seeing - itself not a resounding endorsement of Steam Machines.

Griffais admitted that the hardware is not "exactly flying off shelves" but that Valve is still focused on making Linux a good place to play games.

Much of the post focuses on how Valve's work on Linux - which was the base of its SteamOS on the Steam Machines. This has made development for OSX and iOS easier, too, Griffais claims, with the Vulkan API being released for thee platforms. This functionality will be improved over time, too.

"While it's true Steam Machines aren't exactly flying off the shelves, our reasons for striving towards a competitive and open gaming platform haven't significantly changed," Griffais wrote.

"We're still working hard on making Linux operating systems a great place for gaming and applications. We think it will ultimately result in a better experience for developers and customers alike, including those not on Steam.

"Through the Steam Machine initiative, we've learned quite a bit about the state of the Linux ecosystem for real-world game developers out there. We've taken a lot of feedback and have been heads-down on addressing the shortcomings we observed. We think an important part of that effort is our ongoing investment in making Vulkan a competitive and well-supported graphics API, as well as making sure it has first-class support on Linux platforms."

The Steam Machine initiative was announced at the end of 2012 and was Valve's play to bring PC gaming to the living room. The was being rolled out in tandem with its Big Picture Mode UI and SteamOS, as well as the Steam Controller.

The Steam Machines were being developed by several OEMs, including Alienware, and were repeatedly delayed, eventually launching at the end of 2015. Valve's own Steam Link streaming box launched at the same time, a move which defeated the purpose of the Steam Machines by bringing PC games to the sofa in a much, much cheaper and easier to use format.