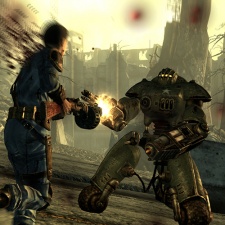 Developer Road to Liberty has revealed that work is ceasing on its fan remake of 2008's Fallout 3, Capital Wasteland.

The announcement was made via Twitter (below), with the official reason for the project's demise coming in a follow-up tweet (bottom), saying the potential for legal action from the game's publisher, Bethesda.

It would seem that the catalyst for the dead of the game was the developers looking into reusing audio from the original apocalyptic RPG in their remake.

With a heavy heart, I must announce that at this moment the Capital Wasteland project is no longer in development, there are more details on our discord, but I wanted to let everybody who's been so gracious to follow and support us know.

"Recently we have communicated with Bethesda regarding our planned method to implement the voice acting and other audio from Fallout 3 into the Capital Wasteland," project lead Nathan aka NafNaf_95 said.

"During this conversation it became clear our planned approach would raise some serious red flags that we had unfortunately not foreseen. This contact resulted in us changing our methods to attempt to continue working."

Not that Bethesda - notably a bit trigger happy when it comes to legal matters - hasn't actually stopped the project. But the vague threat of legal action from the ZeniMax Media owned behemoth is enough to stop the developer.

If you guys haven't already heard the unfortunate news The Capital Wasteland Project (Fallout 3 in Fallout 4) is stopping development, here is their official statement. (Video on the topic coming shortly) pic.twitter.com/OMN1ZvKhbZ

The developer says that if it ever becomes legal to work on their project, they will return to work.

"I would like to add that this decision was not taken lightly and it pains many people on my eam including myself to have to halt development of the Fallout 3 Story," Nathan wrote.

"I personally would like to apologise to the many members of the community that love Fallout 3 as much as I do. I'm sorry we couldn't accomplish our dream."