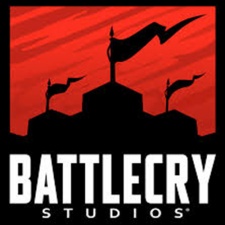 In a bizarre announcement, Bethesda has announced that BattleCry Studios is joining the Bethesda family as Bethesda Game Studios Austin.

BattleCry Studios is the Texas-based developer behind the canned team shooter of the same name, and is a developer that was already owned by Bethesda parent firm ZeniMax.

What this means, in practical terms, is unclear - this new Austin outfit might be helping Bethesda's other development studios in Maryland and Montreal with upcoming Fallout or The Elder Scrolls releases, or it could be working on something else entirely.

“As the vision, scale and ambitions for our games continue to grow, so does Bethesda Game Studios,” said Bethesda game director and executive producer Todd Howard, said.

“We’ve had the pleasure to know the talented developers at BattleCry, and knew we could do great things together.”

Studio director Doug Mellencamp added: "We’re excited to join Bethesda Game Studios and look forward to working together on some of the industry’s most exciting new games. Austin’s incredible game development scene and talent will also allow us to push our games further than fans have imagined."

BattleCry was formed in 2012 as a subsidiary of ZeniMax Media, and announced its debut - BattleCry - in 2014. By 2015, the development studio had to lay off a number of its staff, before work on the game was ditched in 2015.

The developer helped out id Software on post-release multiplayer content for Doom.