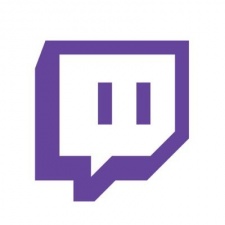 Update: Consumers can keep games they receive through Twitch Prime forever, even if they're not paying Prime anymore.

Twitch has confirmed to PCGamesInsider.biz that users will be able to keep the free titles they receive beyond the tenure of their subscription.

This is in contrast to Sony's PlayStation Plus and Games with Gold from Xbox, where games are locked once users stop paying their free.

Original Story: Subscribers to Twitch Prime will be getting free games as well as loot and other goodies starting from this week.

Announced via Twitch's blog, the firm revealed Free Games With Prime, with Superhot, Oxenfree, Mr Shifty, Shadow Tactics and Tomb of Annihilation being given away to subscribers as of tomorrow (Thursday, March 15th).

And going into April, Tales from the Borderlands, SteamWorld Dig 2, Kingsway, Tokyo 42 and Dubwars will be sliding into the inbox of those paying for Twitch or Amazon Prime.

Some of these games were part of the Twitch Prime Indie Amplifier program, which saw smaller scale projects streaming via the platform with users voting for their favourite game.

This isn't the first time that subscribers to Twitch have been given freebies. As recently as last month, the streaming giant teamed up with Epic Games to hand out skins and other loot from free-to-play battle royale behemoth Fortnite.

Free Games With Prime seems to be a similar scheme to Sony's PlayStation Plus and Games With Gold from Xbox. The blog post doesn't make clear whether users get to keep the goodies they have received once they stop paying for their subscription, as is with the case with those other services.

Either way, it's good to see Twitch supporting games both big and small. Discoverability is arguably the largest issue facing indie and smaller-scale developers right now, so having the biggest streaming platform - and one of the biggest marketing ones, too - in the world backing these titles is surely healthy for the industry.

Here's how much of an impact Twitch Prime had on Warframe