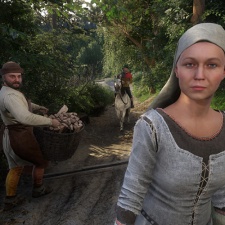 The title debuted last week amid a divisive reception from the media - reviews were largely pretty positive, though the game attracted some negative press due to the prior political views of Warhorse Studios director Daniel Vavra. That game has sold more than one million copies in its first week, too. SteamSpy pegs PC sales at just over half a million units.

Third place goes to a new expansion for sci-fi strategy game Stellaris. Apocalypse. This is the latest expansion pack for Paradox Interactive's space-themed title, following 2017's Utopia. The base game has been heavily discounted on Humble and Steam, which means a larger playerbase, also.

Hunt Showdown from Crytek debuts in fourth place. This new title launched in Early Access on February 22nd to mixed Stem reviews - this should be taken with a pinch of salt given the aggressive and highly negative nature of the Steam community towards Early Access projects.

This is a PVP and PVE bounty hunting game which has been met with a positive reception from the games press.

Below is the Steam Top Ten for the week ending February 25th: