Nope, there are no microtransactions in the upcoming Burnout Paradise Remastered 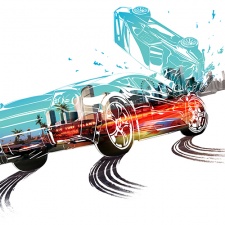 There will be no paid-for content in the forthcoming Burnout Paradise.

That's according to Ghost Games community Ben Walke who took to Twitter (below) to say that a listing on the PlayStation Network storefront that listed microtransactions in the release was done in error.

Publisher EA is of course under intense scrutiny for how it has approached in-game purchases in the last few months. This follows their rather aggressive implementation in Star Wars Battlefront II as well as Need for Speed Payback.

The firm announced that the 2008 open-world racing game would be re-released as Burnout Paradise Remastered earlier this week. Initially, the title was confirmed just for PlayStation 4 and Xbox One with a March 16th release date, with developer Criterion announcing a PC version would be coming at some point later this year.

Little is known about the PC edition at the time of writing, but the console editions support 4K graphics at 60fps, and include all content from the original release and its follow-up DLC.

Just a heads up, but the store listing for #BurnoutParadise that mentions "In-game purchases optional" is an error. There is no MTX or any additional paid for content. Pitch forks down please. pic.twitter.com/hPX8gLKiAG