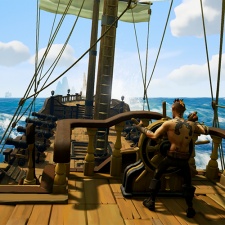 The figures are in for the Sea of Thieves closed beta, which ran between January 24th and January 31st.

A total of 332,052 people played the beta, with more than two million hours spent in the game.

This isn't a massive figure, especially compared to blockbuster titles like Star Wars Battlefront, which brought in a massive nine million-plus users back in 2015. The comparison is perhaps unfair given that the test for EA's title was an open beta and, well, for a STAR WARS game.

In order to gain access to the beta, Sea of Thieves fans largely had to pre-order the game.

The more important figure here, arguably, is that the game was the top watched title on both Twitch and Mixer which is certainly a sign of consumer interest. Whether, of course, people were tuning in for the game itself or the personalities playing it is another matter, however.

Regardless, consumers watched 14.5m hours across 25,563 content creators during the game's beta period.

Sea of Thieves is due out on March 20th.

Here's a handy infographic Microsoft and Rare have put out: