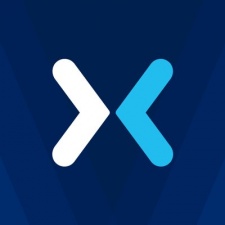 Microsoft has revealed a number of its future plans for its live streaming platform Mixer.

In a blog post on the Mixer website, the firm has reviewed its progress to date as well as outlining some milestones for the future.

The biggest milestone for Mixer was reaching 10m monthly active users on the platform, but says it has plans for future growth.

The most exciting news is the revelation that viewers will be able to buy games and DLC directly from live streams with Mixer Direct Purchase. Streamers will take a slice of the money from this. The organisation says that this will be available for all games on the Microsoft digital storefront, including 5,000-plus games on both Windows 10 and Xbox One with more content available in the future.

This programme is still being tested with no timeframe given for its rollout.

"When you’re watching a Mixer Partner playing a game or DLC that you want to own, you can purchase directly from the stream you’re watching. Mixer partners will earn a percentage from all purchases made through their stream, in turn helping them to continue to bring great content to their Mixer community. To start with, Mixer Direct Purchase will be available for all games in the Microsoft digital store, including more than 5,000 games across Xbox and Windows 10! Our aspiration is to make even more content available through Direct Purchase down the road."

If this sounds familiar it's because the Amazon-owned Twitch started doing this early in 2017.

Furthermore, consumers will also be able to give Twitch-style tips to streamers, making the platform more of a means of making a living for the personalities that use Mixer.