Report: PC sector could be behind third of games revenue by 2022 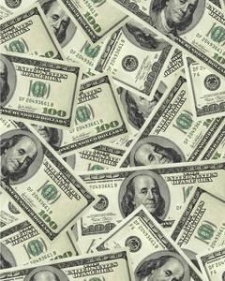 One-third of revenue made by the games industry in 2022 might be the result of PC hardware and software.

That's according to a report by Digi Capital, which reckons that the industry could be raking in between $230bn and $235bn by 2022, making it bigger than the individual GDPs of 150 countries.

The research outfit believes that PC hardware and software will be behind roughly $77.6bn of that revenue, going by the upper figure.

Digi Capital also says that PC games hardware will be between $40bn and $45bn by 2022, while 'online PC games, defined as games including DLC, in-app purchases and subscriptions so... games as a service titles, will be behind $25bn and $30bn.

Again, going on the upper figure here, hardware and games as a service will be behind $75bn. Taking this from the total figure means that $2.6bn will be made by digital and physical sales of video games in 2022.

This year, however, Digi Capital says that the games market will be worth between $165bn and 170bn, assuming mobile performs, while PC hardware sales will hit between $30bn and $35bn. Online PC titles will rake in $20bn and £25bn.

One interesting note that the report makes is that esports could only be behind one per cent of industry revenue in the long term, but Digi Capital does say that it is a fantastic marketing tool. This supports the notion that esports might be a bubble, where investors are piling money into a sector that will never sustain itself, and certainly never provide a return on investment... unless you're the publisher behind a massive pro-gaming title.

The company doesn't make apparent its methodology for this research, nor does it cite any sources from industry trackers and analysts, so this should all be taken with a grain of salt.