In 2019 UK is getting a combined physical-digital games chart 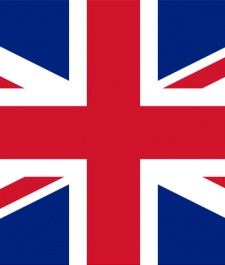 After almost a decade of hesitation, the UK will be getting a chart that combines physical and digital data for the first time.

Word comes by way of GamesIndustry.biz, which reports that the download chart will be provided by Interactive Software Federation of Europe (ISFE) as well as data firm B2Boost. This will be launching in early 2018.

Physical sales data will be coming via Entertainment Retailers Association, who is giving ISFE its boxed games information so that they can be combined into one chart as of January 2019. Right now, GfK has an exclusive agreement with ERA to report physical games data.

A combined physical-digital chart was in the works for a while with an agreement between GfK and SuperData, however, this never came to be and is now presumably dead.

This new chart is big news for the PC market; given the sector's small footprint at retail, it's hard to get a picture of what is performing well in individual markets. Projects like Steam Spy do a good job at approximating sales data on an international level. With this information, we'll now have an idea of what digital games are selling well in the UK.

British trade magazine MCV lead a push for publishers to share their digital sales data with the #digitalcounts campaigns.

"This is an innovative and exciting direction for games data to take," said ERA chief Kim Bayley.

"GfK has been the gold standard for physical games data and charts for more than two decades and we are delighted to confirm our relationship with them through to mid-2019. At the same time, we recognise that ISFE and B2Boost have captured digital data, which our members are looking to analyse alongside the physical market. This twin track solution looks to be a win-win for all concerned."