Star Control studio and Stardock embroiled in war of words 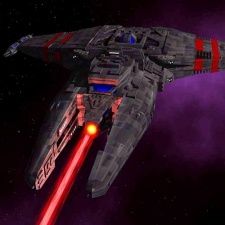 Developer Stardock and the team behind 1980s game Star Control are caught up in a public fight over who owns the Star Control IP.

Two of the team behind the original Star Control - Fred Ford and Paul Reiche - are developing a successor to that game, while Stardock think it owns the rights and is working on a prequel.

This all goes back to an Atari bankruptcy sale in 2013, which saw the games giant sell the Star Control name and trademark. These were purchased by the Stardock team, but Ford and Reiche say this sale was not valid as Atari's rights to the game was terminated a decade prior.

The Star Control team also thinks it is entitled to be able to sell original Star Control games, which are currently being sold by Stardock.

"Stardock now seems to think that not only can they use our aliens, ships and narrative without our permission, but thinks that we cannot make a sequel to The Ur-Quan Masters without their permission - this is where we got really, really angry," Reiche and Ford said.

"When we started Ghosts of the Precursors™ we were looking forward to spending our time on fun, creative work, not fighting a legal battle to protect ourselves and our work. We have nothing but respect for the talented, passionate developers working on Star Control: Origins, but we apparently have a BIG problem right now with Stardock’s management. We’ve been waiting 25 years to make Ghosts of the Precursors for our fans and we certainly won’t let this stop us. Go! Go! Go!"

Stardock has since replied to the dispute, insisting that it owns the IP as of four years ago.

"Atari had transferred to Stardock a signed agreement between Atari's President and GOG that we assumed was the agreement," the firm wrote.

"Paul and Fred claimed they were the ones who had set up the agreement and upon verification with GOG, we instructed them to terminate this agreement which they have which we appreciate.

"The games are now correctly transferred to Stardock and we will continue to ensue that Fred and Paul receive royalty payments for the games per the publishing agreement. We apologize if anyone was inconvenienced.

"Old IP can be messy to deal with. The best way to deal with that is to have the parties talk to each other (as opposed to making public Internet posts) and work something out. We remain committed to dealing with this situation with as much restraint and gentleness as possible."