Capcom is trying to use DOTA 2 to market Okami HD 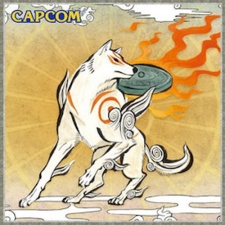 PlayStation 2 classic Okami is being re-released on December 12th and publisher Capcom has turned to PC behemoth DOTA 2 to promote the title.

An account going by CAPCOM_OKAMI_HD has uploaded an Amaterasu courier to the DOTA 2 Steam Workshop, which fans are able to vote on to have it appear in the game. Yes, this is real with Capcom publishing a video about it on its YouTube page.

This isn't the first time that DOTA has been used as a means of promoting video games, or indeed TV shows.

In the past, titles such as Bastion, Portal, Trine, The Stanley Parable, Fallout 4, Deus Ex: Mankind Divided - BREATHE - Final Fantasy Type-0 HD, Total War: Warhammer and Half-Life 2 have had themed content in the game, ranging from voice overs to content.

It's not just games, either, with TV show and source of nerd badness Rick and Morty having a voice over pack for the title.

It's understandable why people trying to reach a PC, video games or 'nerd culture' centric audience might turn to DOTA 2. Since its 2014 release, the game has been one of the most popular projects on Steam, with a peak concurrent player figure of 861,173. Valve's MOBA was the top dog on Steam for a while in this regard, before Playerunknown's Battlegrounds came along and, um, utterly destroyed DOTA 2's record.