First round of balances comes to Star Wars Battlefront 2 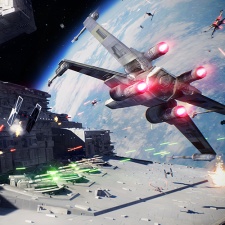 EA has made its first set of progression changes to Star Wars Battlefront 2 following a backlash from the game's community.

In a post on its website, the firm says it has increased end-of-round payouts to players, with high performing players getting a larger amount. Meanwhile, Arcade Mode's credit cap has been increased by three times to 1,500 but this might change once more in the future, with EA describing it as a "near-term" fix.

The Daily Login crates will provide more crafting parts than before, meaning that users can start creating the gameplay-altering Star Cards as soon as possible.

The team also says they are introducing new free heroes in the next few weeks, including Finn and Captain Phasma. They enter the game alongside new maps and vehicles.

"Thank you again for your passion around this game," the studio wrote.

"Star Wars is special to all of us, and we all want to experience that world in fun, exciting ways. If you're already playing the game and are loving it, we want to thank you for taking the time to do so. We have a lot planned, and are excited to show you what’s to come."

This follows a month of bad press for publisher EA after the progression system sparked a backlash from the audience. Consumers were angry at how the game effectively forced them to spend money in order to progress in the game.

The title's implementation of loot crates has sparked governments and regional gambling commissions to start looking into the line between video games and gambling which is - uh - swell.