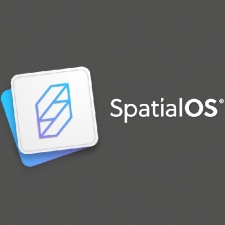 This functionality is now in open beta, and launches alongside the most recent reversion of SpatialOS - 12.0. The firm says that this has stablished and expanded the use of Unreal on SpatialOS.

“We’re delighted that our Unreal integration has reached this level of stability, eight months after we first revealed it.” Improbable CTO Rob Whitehead said.

“This is a huge step for our platform – the Unreal Engine and Epic have been cornerstones of the games industry for several tech generations, and our team has grown up with games like Gears of War and Unreal Tournament. We’re already supporting third-party studios familiar with Unreal in their work on the next generation of games - and we’re always looking for more.”

Epic Games European territory manager Mike Gamble added: “Any integration that enables developers to push their boundaries and go that extra mile has to be a good thing, but this initiative is a massive win for both developers and gamers. We’re looking forward to working closely with Improbable and excited to see what results in the coming months.”

Unreal Engine 4 was recently optimised for battle royale games, such as Fortnite and Playerunknown's Battlegrounds. Given that SpatialOS' focus on online games, we wouldn't be surprised to see some pretty ambitious battle royale titles come out of this partnership.

War of words heats up between Unity and Improbable