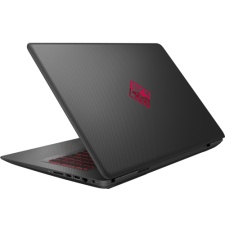 It looks like the European PC games hardware market is doing pretty well for itself.

New research published by Context for all 23 European countries and Russia shows that revenue for this sector rose 22.7 per cent year-on-year for Q2.

The data calls out HP's Omen line, as well as Dell's Alienware gaming brand, as being particularly successful in the last quarter.

Gaming monitors say a 76.8 per cent rise in revenue, something that Context says was driven by 4K gaming and curved displays.

Meanwhile, GPU sales rose 35.7 per cent and VR-specific GPUs soared 121 per cent in revenue. As well as being purchased by gamers, Context does note that the burgeoning cryptocurrency industry might have been responsible for this.

The average selling price for GPUs rose by 27 per cent, making them a decent proposition for retailers.

Context’s data also breaks down how different sectors have grown. Russia was the area of biggest growth, with revenue rising 175 per cent. Meanwhile, Norway saw a 82.3 per cent increase and Estonia’s PC games hardware market generate 72 per cent.

The UK actually saw the smallest rise - just 0.5 per cent. This doesn’t tell the full story; it’s entirely possible that the hardware market was already big and just remained of a similar size. It’s also possible that currency fluctuations due to Brexit, which have seen hardware prices increase, have deterred consumers. Without the actual revenue figures themselves, we’ll never know.

"Those that claim that PC Gaming is dead have been proven wrong once again,” said fantastically-named PC gaming and VR consultant, Biggles Bristol.

"While the current generation of consoles awkwardly “refresh” themselves, gaming PCs are going from strength to strength as vendors capitalise on the higher margins better specified PCs can bring."

Gaming PCs generated more than $12bn in 2018 by October